You can find on this page the map of Mexico city suburban train (Ferrocarril Suburbano). The Mexico city urban, suburban & communter train is a transit system serving the city of Mexico (Mexico) with the subway, the tram, the bus ,the metrobus, the mexibus or the trolleybus. The commuter train network has 1 line and 7 stations forming a rail network of 16.8 miles (27 km). 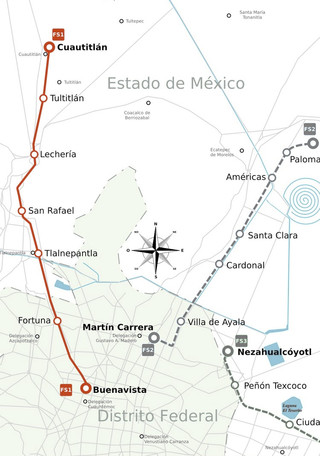 Mexico city trains which transport 88 000 passengers per day, exist since 2008 and are operated by the Ferrocarriles Suburbanos.