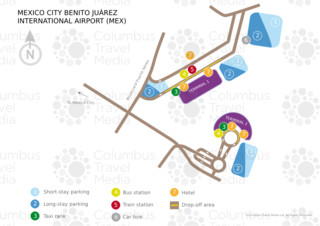 The international airport of Mexico city is the 2nd largest airport in Latin America with a passenger traffic of 24 million travelers in 2010. It has 2 terminals which are the terminal 1 and the terminal 2. To reach the city center, the best means of transport is currently the metrobus L4, the Metro L5, the bus or the taxi.